Meetings with Remarkable Man and Woman 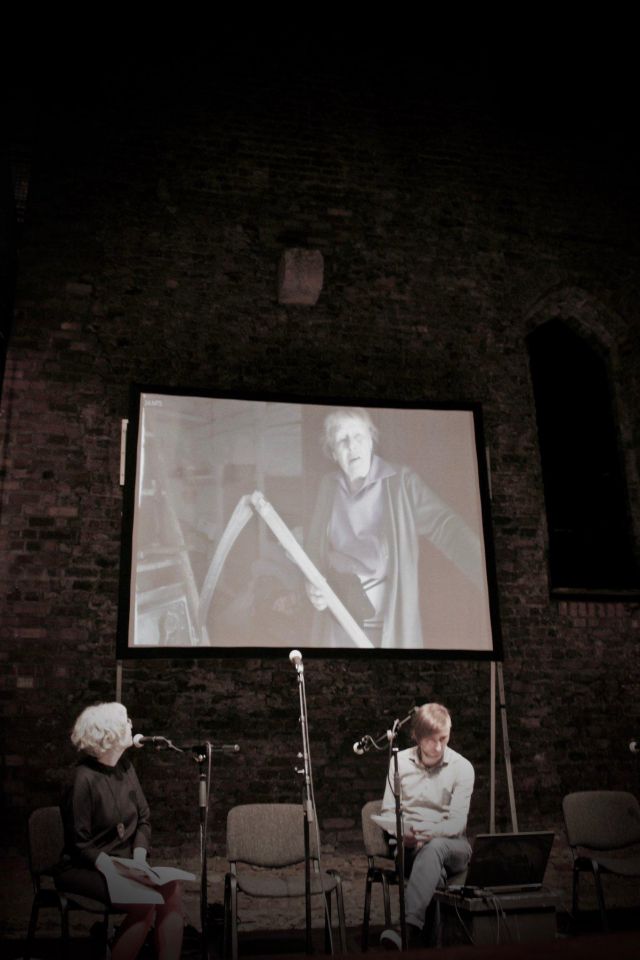 Justyn Hunia will present his two long-standing documentary film projects — as works in progress, under construcció permanent — both focusing on outstanding persons in their 90s, witnesses of history:

First a 6-7 minute trailer of a film about Ryszard Friedman, born in Cracovia in a polonized upper middle class Jewish family, who survived 7 concentration camps (including Auschwitz) and is returning to Cracow from his home in Florida (where he settled after the war) to find the body of his father in the former local German concentration camp.

Then he shows raw unedited clips showing his granny, Amelia whose life he filmed for over 12 years – video with granny will be from his last visit to her before she moved out of her old house, last autumn 2017.

Born in 1975, Cracow, Poland, Justyn Hunia has been active as book translator specializing in the humanities. He has translated into Polish, among others, Zygmunt Bauman, VS Naipaul, Zadie Smith and modern American, Irish and British poetry. In the early 2000s he was a member of a avant-rock band Gargantua

ONE OF THE FEW

The story of an odyssey of a Cracow-born Florida-based Pole of Jewish extraction who descended into the hell of seven Nazi concentration camps. Which may have brought him survival.

Richard Friedemann is an energetic, jovial 84-year old gentleman with a charming smile. Since the war’s end he has lived in the United States, yet in recent years he regularly brings his son Mark to his beloved Cracow – medieval Polish city where he was born and where generations of his ancestors lived. During these journeys in time and space Richard initiates his son into the tragic past of his family and his native country. Mark, brought up as an American in the remote sunny Florida, for most of his life was unaware of his father’s tragic past. 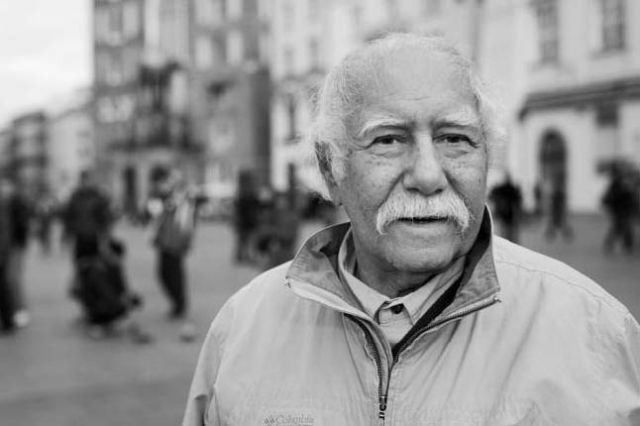 His idyllic childhood was brutally cut short by the break-out of the Second World War.

During the initial phase of the German occupation of Poland he and his mother go into hiding, sheltered by their Polish friends in Cracow and then in a nearby village. After some time, however, his mother goes missing (only in 2011 Richard learns she was arrested and tortured to death by the Gestapo) and he ends up in the Cracow ghetto, where he is reunited with his father and brother (who is active in the Polish underground AK army). Soon Friedemanns smuggle themselves into the nearby Nazi camp KL Plaszow (in this way avoiding the liquidation of the ghetto). When the father dies in the typhoid fever epidemics there, his teenage sons at night steal away his corpse and bury it in the hand-dug pit (the grave probably is still somewhere on the site of the former camp).

Subsequently the Nazi killing machine moves Richard through six other concentration camps, where several times he miraculously escapes death. In 1945, when after a grueling “death march” he (along with 500 other prisoners) is standing on the edge of his own grave in a clearing of a Bavarian forest, US Army brings him liberation. Following the war Richard emigrates to the United States and joins the army (he serves in the Korean War) and then finishes college, embarking on a lifelong career of a child psychotherapist.

Another important motif of the story is a thread of understanding and a strong emotional bond between father and son – their mutual care and concern, their mourning for their dead, their coming to grips with the horrible truth, their piecing together of scattered evidence and broken-off threads. Father wants to show his son an image of the world he had lost and inevitably entrusts him with the burden of tragedy. The son rediscovers his father and redefines the world to become a custodian of memory. Their shared dream is to find the burial site of their mother/grandmother and the grave of their father/grandfather – this would offer them a chance to properly work through their grief and end their mourning. Time for realizing this dream is running short.

My abuela Amelia is a 92 year-old resident of Wola Komborska, a small village scattered among the hills and forests of south-east Poland, where she spent her entire life in a traditional wooden cottage built by her great-grandfather. For over 10 years I was documenting her life, recording and filming her stories, songs, fantastical tales and daily activities, guided by the rhythms of nature and liturgical year. Last autumn Amelia moved out of the cottage due to health reasons. 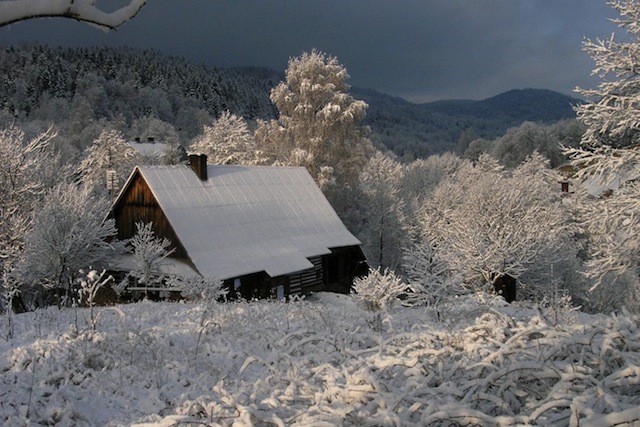 In the summer of 2013 I took my poet-visual artist friend Alice Lyons to Wola Komborska, where Amelia treated us to her famous «barszcz» beetroot soup and a bowlful of pierogi dumplings. After this encounter Alice wrote a poem „Rosehip Syrup‟, which found its way into her poetry collection The Breadbasket of Europe (2016, Veer Books, London). Last spring Alice Lyons invited me to Dublin to present raw unedited video, sound footage and a song from Wola alongside her poem during a festival of experimental art “Phonica”. At Ca’n Timoner I will try to recreate that night, obviously without Alice Lyons… 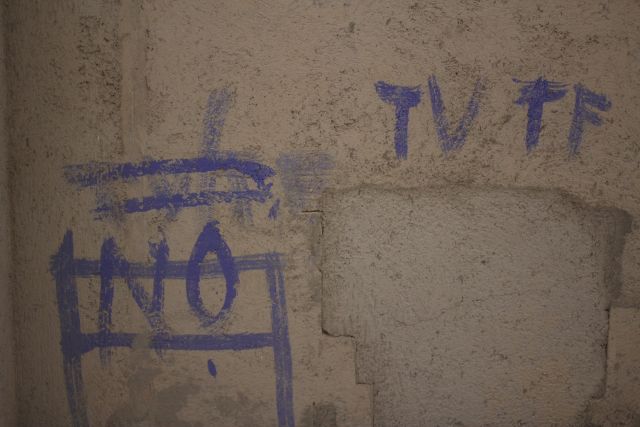